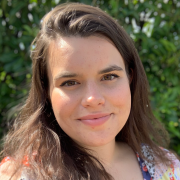 When I wrote the last post about my mental health, I was most definitely NOT expecting the reaction I got. I was so overwhelmed with supportive messages from friends and family and people that I rarely interact with. The responses were mostly online but I got some in person feedback which was unexpected. Most of the experiences were positive but some people that I thought I was closer to didn’t quite get on the support train.

I’ll be completely honest and say that I was really, really, REALLY nervous when I put this all out into the digital world. There is always the same feeling that once it’s out, it’s out and on the internet it is out for the entire world to see and remember until the apocalypse comes around. Then some sort of zombie population or extra-terrestial green minion will also know.

My point is, it was a big thing for me to do. I’d kept it in for a long time for reasons that I fully don’t understand. I was ready to let people know and also to hopefully help someone else out too by sharing my story. For anyone to say something that is big to them to the rest of the world, they hope that the ones that they have become close to will support them. For me, I didn’t really feel that. Well, in the case that there was the odd comment and that was it. And even in that case, I felt that when I brought it up and looked for support, it wasn’t really met with the response I had hoped for. Maybe it seems that this wasn’t that big a deal. The fact of the matter is that it was a massive deal.

My thinking is that some people in your life are only there in a superficial capacity. They want you there when you are there for them but when it’s your turn to need the support, it’s not there. It’s in these kind of moments and events in your life that make you realise who is actually going to text you (and they text you first, not you) to say that what you did was amazing and that they are there for you.

On the other hand, this experience has opened up my eyes a little to how something that you have experienced and write about like me can impact people. I was contacted by someone at uni who I generally don’t interact with that often. It surprised me and genuinely made me tear up a bit that they sent me such a sweet message. That’s what this exercise in splurging my feelings and experiences out into the world has taught me: people are surprising. It made me realise that maybe I am slightly cynical. My singing teacher (yes, i am taking singing lessons. And yes I’m still learning) was so encouraging and I was really encouraged by it.

If you are in the position where you have done something big, even if it is that you got a new set of stationary (i’m not sure where i’m going with this!) and you are really excited about it or you were nervous about what people might think about something you did, the people that are genuinely invested in you will show that and not be afraid to show their support.